Anna is a certified life transformation and relationship coach with an in-depth focus on positive psychology and transactional analysis. Using her 3+ years of experience, she helps her clients understand the essence of the problem, build self-esteem, establish healthy relationships, find harmony, and manifest their dreams into reality.

Ten years of marriage is an important milestone in terms of post-divorce benefits. Some of them can even be life-saving in certain circumstances. And the fact that so few people know about these opportunities is especially unfortunate.

The 2016 Census.gov report says that 13% of all marriages end after 5 years, and only 68% of the rest survive the 10th anniversary.

If these marriages hadn’t dissolved before the ten-year mark, there would have been several pleasant perks for the divorcees. In this article, we’ll explore the most advantageous aspects of divorce after 10 years of marriage.

What is a Wife Entitled to After 10 Years of Marriage?

The benefits of divorce after 10 years of marriage apply to either spouse regardless of their gender. So, the husband has the same rights to benefit from a long-term union as the wife if they meet the specific requirements.

In some states, divorce before 10 years of marriage is not wise from a financial point of view. But, to make it clear, no one says that a person should suffer in an unhappy marriage for many years just to receive benefits in the future. 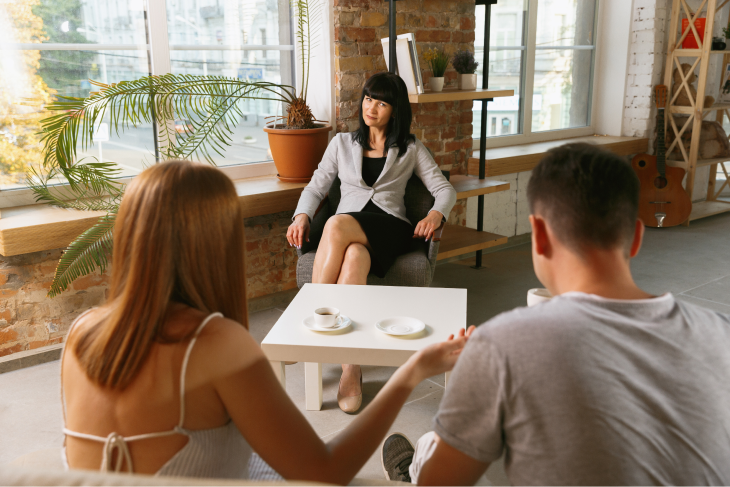 Here’s what you’re entitled to after 10 years of married life:

Let’s now explore in-depth how a ten-year-long marriage could improve a person’s position after divorce. But first, note that all the information below is presented purely for informational purposes. Consult an attorney for more specific explanations and legal advice.

One wonderful concept connected with a long-term marriage is receiving spousal benefits after reaching the retirement age. A person is eligible if they meet these requirements:

Thus, “waiting beyond the full retirement age to get spousal benefits doesn’t make any sense,” says Josh Scandlen, CFP. In this way, a person would only lose money they could receive during the missed years.

Look for more information on the Social Security Administration website.

Exceptions to the 10-Year-Marriage Rule

Sometimes the couple gets divorced earlier than 10 years but then the former spouses remarry each other. Are they still eligible for social security benefits? The answer is yes.

The Social Security Administration provides an exception for such couples. If the spouses are divorced and then married the same or following year and in total were married for ten years, they meet the 10-year rule.

Alimony After 10 Years of Marriage

Spousal support is often crucial for surviving a divorce after a long marriage. “For the great pool of middle-class couples who divorce with little property but with a steady income stream, alimony is the only available tool for addressing disparate earning capacity,” says Cynthia Starnes, clinical social worker. 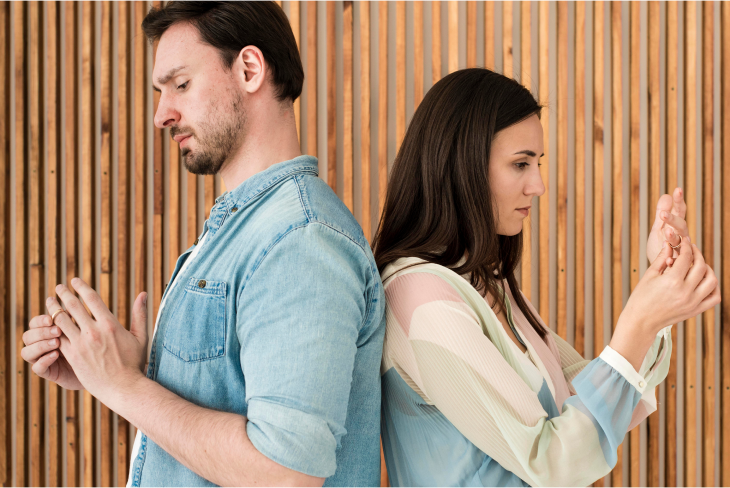 That’s why many people try to get the most beneficial support order when divorcing.

Spousal support is not awarded automatically in every divorce. Instead, the courts usually determine it on a case-by-case basis. Plus, there are no clear guidelines on calculating how much money one spouse should pay the other.

However, the court follows a set of factors for deciding the amount and duration of the support:

Several states, such as California and Texas, have a 10-year rule for spousal support. However, the laws may differ. For example, in Texas, a person must prove their inability to support themselves to be eligible for financial aid.

So, it is a good idea to consult a lawyer and study the family law of each state in detail before starting a divorce process.

For illustration purposes, let’s look at California divorce laws after 10 years of marriage.

A marriage that lasts for more than ten years is automatically considered of long duration. Alimony in divorce before 10 years of marriage in California will last one-half the length of the marriage. So, for instance, if the couple divorced after 9 years, the spousal support’s duration will be no longer than 4.5 years.

Now, how is a divorce after 9 years of marriage more advantageous than the 10-year one?

It’s a common misconception that if a long-term marriage ends in divorce, the spousal support will be paid indefinitely. That’s not entirely true.

The 10-year rule in California divorce affects the court’s jurisdiction rather than the length or amount of support. If a couple has stayed together for ten years, it doesn’t mean that one spouse will receive permanent spousal support. It also doesn’t mean that its amount will be one-half of a former spouse’s earnings.

When Does Alimony End?

Alimony in California after 10 years of marriage will terminate with the court’s order or on the date that the spouses determine in a settlement agreement. Other circumstances provided by California Law include the remarriage or death of the supported party or the spouse who paid alimony.

If the spouses decide to waive support during the proceedings, it will become non-modifiable even if they divorce after 10 years of marriage in California.

Benefits of Divorce after 10 Years for Military Spouses

A person whose former spouse is a military member can also qualify for a share of their retired military pay. It is a part of marital assets in a divorce, just like other retirement accounts. So, the court will determine whether to divide it and how.

The retirement benefits may be divided even if the marriage lasted for one or two years. It’s not what the 10-year rule on divorce is about. It refers mainly to the way of receiving the benefits.

The ordered share will be paid to the ex-spouse directly from the Department of Defense if the 10-year marriage overlaps with at least 10 years of active duty.

A divorce process after a 10-year marriage is unlikely to bring positive emotions, but it may well provide some valuable benefits. However, remember that none of the benefits listed above will fall into your hands without your participation. That is why you need to know your rights. With this knowledge, you can get the most that the state and the court can give you.

We can help you save thousands by completing your documents online.

Request a Call back

Your request has been successfully submitted. We will call you back as you requested. In the meantime, if you are wondering why use CompleteCase.com, please check out our website CompleteCase.com.

If you click "Unsubscribe" your email address will be removed from our database and we won't be able to get in touch with you by email when you may need it. Are you sure you want to unsubscribe?

You qualify to use CompleteCase.com to start your online!

Please note that although you are currently not in agreement with your spouse regarding the divorce, you will need to agree before you get your divorce paperwork. Our guided process is designed to walk you through all the important issues in a divorce so that you can come to terms.

To begin the process to complete your official forms online, please press the "Continue" button below.