How Divorce Changes a Man | 7 Effects of Divorce on Men

Anna is a certified life transformation and relationship coach with an in-depth focus on positive psychology and transactional analysis. Using her 3+ years of experience, she helps her clients understand the essence of the problem, build self-esteem, establish healthy relationships, find harmony, and manifest their dreams into reality.

Divorce drastically changes the lives of all its participants, and not everyone can quickly adapt to new changes. For some reason, many believe that men have a wonderful life after divorce, whereas women go through a lengthy healing process.

But, as it turns out, men’s road to divorce recovery is also steep and rocky, especially from the psychological point of view. So, why is divorce so hard on men? Let’s find out.

Is Divorce Harder on a Man or Woman?

The difference between what divorce does to a woman and a man lies in their response to stress. Women tend to internalize it, e.g., having more psychological problems, while the opposite sex sometimes engages in destructive actions. It can be risky behavior, drinking, substance abuse, and even suicide.

A possible reason for this inequivalence is that men who divorce their wives lose their stable social standing and ties with society. Women, on the contrary, have more social support from family and friends and even the legal system. 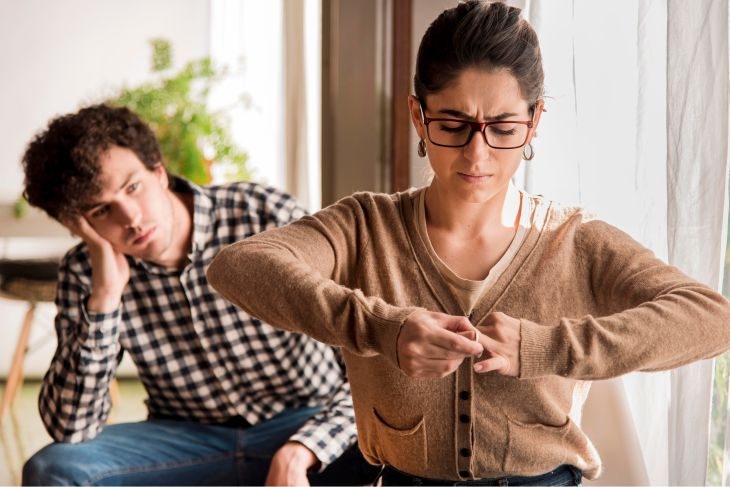 The other reason is that women initiate divorce more often than men. That’s why they are more prepared for post-divorce consequences.

On the other hand, the emotions of a man willingly going through divorce are not so intense. It can make a massive difference in adjusting to life after divorce.

For example, men who want a divorce do not usually have the same problems with mental health as those who didn’t see the divorce coming their way. It allows for more successful coping mechanisms and faster recovery.

During and after the divorce process, the woman gets more empathy from those around her than the man. She has a strong support network of relatives and friends who rush to help and console her, and in unison, scold her ex-partner for his mistakes that led to the divorce.

Even society tends to defend women in every possible way and assume the break-up is a man’s fault. Don’t get it wrong - in some cases, such an attitude is justified. But unfortunately, men often find themselves in very unpleasant post-divorce circumstances that they did not deserve.

To name a few, they don’t get to see their children grow or participate in their upbringing since mothers get child custody in more than half of cases. Or they pay a lot of alimony and child support which drains their accounts and makes their lives even more miserable. 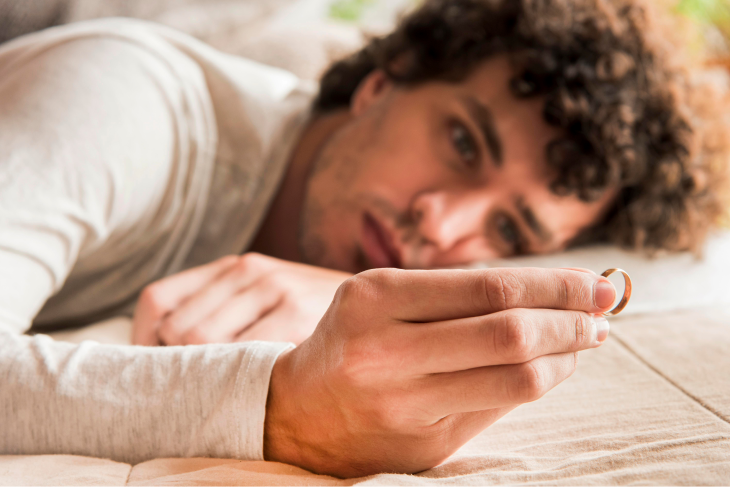 A lot of men going through divorce have to reinvent themselves. They were accustomed to their social roles as husband and father, which determined their existence. When their family breaks down, they are left wondering how to continue living, feeling completely lost and powerless.

Here’s What Divorce Does to a Man

Going through a divorce is equally complicated for both sexes, and the opinion that men start enjoying their great life instantly after the marriage ends is a myth. We often hear that a failed marriage and divorce are similar to the death of a loved one or a family member. It’s true for men, just like for women.

But, at the same time, husbands struggle in different ways than their ex-spouses. So let’s look at divorce from the man’s perspective and understand what they are going through.

How men react to divorce emotionally is not very different from women’s feelings. Many of them also feel sad and broken, even if they try to hide it. And they often do so because that was probably a significant part of their upbringing.

Robert Emery, Ph.D., explains that “Western cultures tend to groom men to disapprove of emotionally expressing difficult feelings such as pain and sorrow.” Sadly, society is still reinforcing “the stereotype that men must be strong and find alternative ways to deal with their grief.”

So, while women can openly connect with others in their support networks, men skip the grieving process almost entirely. They also seek professional help less often, thus losing a chance to improve their emotional state.

After divorce, men’s emotions often include disappointment, shame, and regret, although many are disguised as anger and even rage. Why? Because these emotions are “acceptable” in society for a man’s role model. That’s why so many men struggle to keep their sanity after divorce.

Deterioration of men’s health after divorce 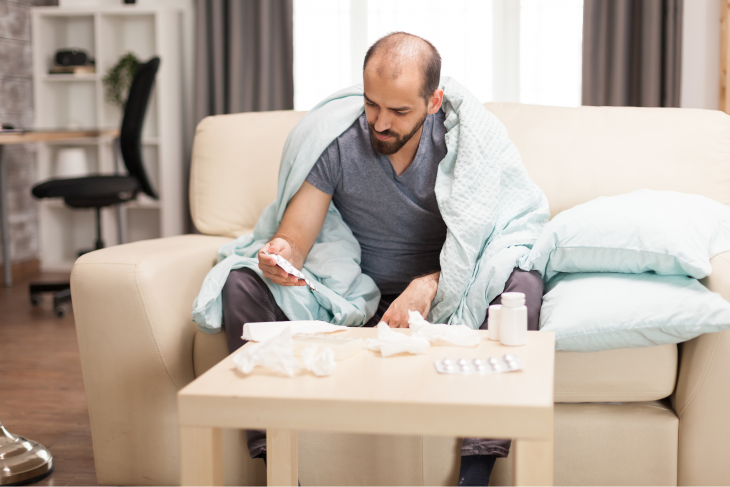 Many men also have higher mortality rates due to substance abuse, cardiovascular disease, and pneumonia. For instance, premature death is seven times more likely in divorced men than in their married counterparts.

In addition, divorced men struggle with mental issues more often than their ex-wives. Contrary to popular belief that women experience more stress than men after divorce, it turns out that the pain of divorce for men is no less than for women, according to the 2013 research on consequences of divorce on mental health.

Husbands often miss their wives after divorce, especially in cases where women initiate divorce and take the children with them. As a result, ex-husbands feel abandoned and lonely and can’t get out of a deep state of depression. Post-divorce anxiety in men is also among widespread health problems.

Financial hardships in some cases

Since women initiate the most divorces, men find themselves unprepared for the upcoming changes, both emotionally and financially.

Undoubtedly, it is much easier for a man with a high income to cope with paying for child support. But for many ex-husbands, financial obligations to children and the former spouse may become a heavy financial burden.

In a typical divorce involving underage children, a family court considers the child’s best interest when appointing a custodial parent and ordering child support. So, for example, if a mother keeps the kids, a father usually sees them only during the assigned time.

But even if he doesn’t spend time with them, he still has to pay child support, or he will get into trouble with the law.

These complex and sometimes stressful new family circumstances add to the declines in household income and the need to rent a separate apartment. Thus, all these new obligations may significantly decrease the standard of living.

Difficulty getting a favorable outcome in court

Although family law doesn’t discriminate against gender, the family court system more often than not favors women when dealing with some divorce-related issues.

For example, with children involved in the divorce process, the ex-wife has a higher chance to get custody since it is universally believed that men lack parenting skills.

The court often awards residential custody to the mother if there’s no divorce settlement agreement. The father, in turn, becomes a co-parent with limited visitation time and massive financial obligations, such as child support and alimony.

Of course, the situation can be improved if the man has enough money for divorce lawyers. Otherwise, the children will stay with the mother (and possibly her new boyfriend), and the ex-husband just has to deal with it.

Divorce for men often signifies the loss of social connections and alienation. It’s not rare when one partner “lures” all the mutual friends over to their side, and the other is left alone.

The lack of family, reductions of social contacts, or a move to another location decrease the social support that a man needs at the moment. 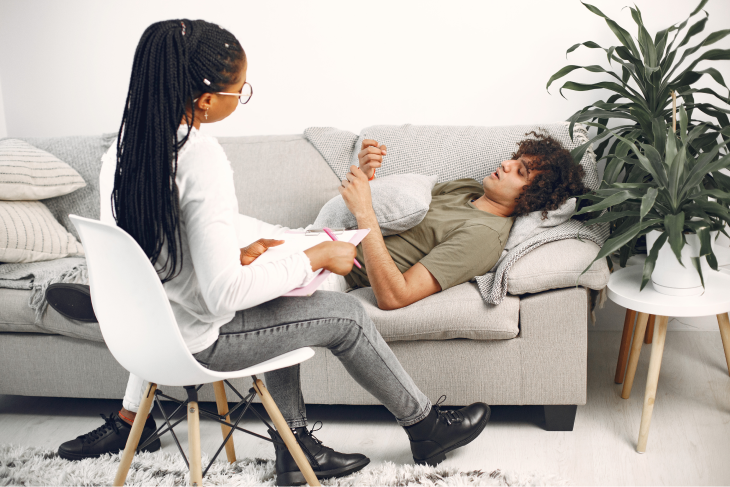 Plus, unlike their female counterparts, men rarely seek the professional help of psychotherapists after divorce. So, they have to cope with difficult emotions on their own, often unsuccessfully.

Prolonged loneliness and isolation can endanger mental health and lead to a high level of depression and a less satisfying life after divorce for a man.

Loss of confidence and low self-esteem

Low self-esteem can become an insurmountable obstacle on the way to a new life and happiness. Sadly, it’s exactly what happens to a lot of divorced men.

Divorce from men’s perspective is a failure. Many men blame themselves for not being good enough as husbands and fathers, lowering their self-esteem and competence levels. It means that they don’t feel as effective and successful as they used to during the marriage.

Studies also show that men can’t achieve a sense of accomplishment in their daily lives after divorce. The first two or three months, they feel lost and can’t decide what to do next.

Rushing into a new relationship too soon

Some men take a lot of time to start dating again, while others don’t waste another minute. However, they might rush into new relationships not because they quickly forget their ex-wife but because they want to numb the pain.

For some men, this trick works a little longer than for others. Then, when they start dating a new partner, they forget about unpleasant thoughts and feelings.

But there’s a high risk that the next relationship will fail. When people don’t have time to resolve past mistakes, they bring them to their second marriage.

Perhaps a man does not realize that getting a new wife is only a way to heal the wounds after the previous marriage. If so, there is a good chance the subsequent relationships will also end in divorce.

Main Changes in Men’s Behavior After a Divorce

The psychology of a divorced man right after their marriage breakdown may differ from what they usually feel or do. Some men who are going through a divorce display changes in their behavior.

These changes are associated with the pain of losing their family and the need to rebuild their life. 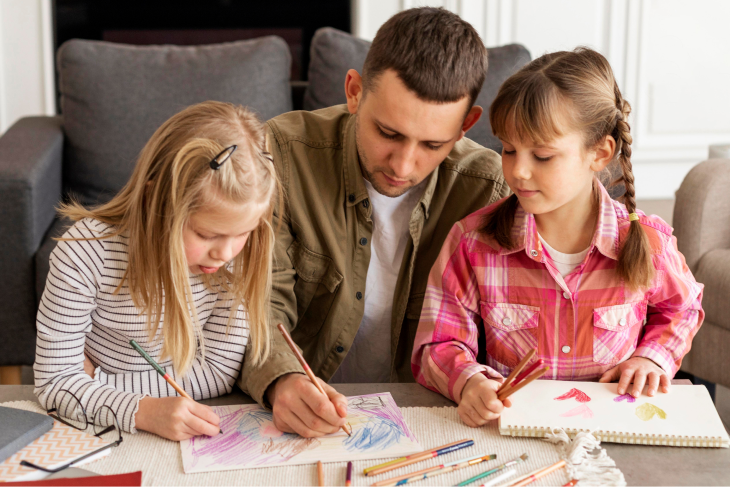 And while women tend to become depressed under these circumstances, men deal with pain using the following tactics.

Here’s a few things that can help avoid a messy post-divorce period and make a complete divorce recovery sooner.

Men suffer from divorce in many ways that women don’t, and vice versa. But for both, it takes time to recover and start living in the present. New hobbies, goals, and communication with friends and psychologists can help get rid of depression and negative emotions.

But none of this will help if the person is not ready to let go of the past. Thus, the main ingredient for recovery is the desire and the intention to start afresh.

We can help you save thousands by completing your documents online.

Request a Call back

Your request has been successfully submitted. We will call you back as you requested. In the meantime, if you are wondering why use CompleteCase.com, please check out our website CompleteCase.com.

If you click "Unsubscribe" your email address will be removed from our database and we won't be able to get in touch with you by email when you may need it. Are you sure you want to unsubscribe?

You qualify to use CompleteCase.com to start your online!

Please note that although you are currently not in agreement with your spouse regarding the divorce, you will need to agree before you get your divorce paperwork. Our guided process is designed to walk you through all the important issues in a divorce so that you can come to terms.

To begin the process to complete your official forms online, please press the "Continue" button below.